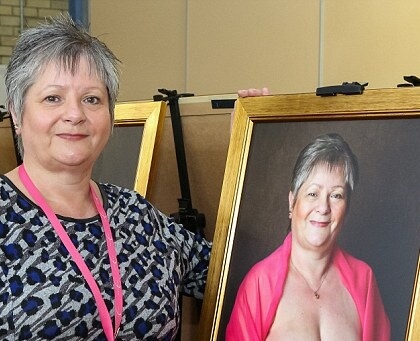 As we are coming to the end of 2015, we can look back on a hugely successful exhibition tour which allowed the charity to engage with both the medical establishments and a wide range of general public across each location.

We originally set out for a launch at the Norfolk & Norwich University Hospital in August then five further locations during October & November. After some careful budgeting and adjustments we achieved seven locations in total, and therefore have a benefit for a greater number of visitors. Those venues included;

We were delighted that valuable contacts were made with the Hospitals and relevant staff such as breast care nurses, oncologists, surgeons and nurse practitioners. We were also lucky enough to connect with potential supporters & volunteers for both the established groups as well as new & emerging groups, and also a number of suppliers who could link with our national groups in 2016.

From the many ‘Comments Cards’ that we received it is clear that the exhibition was of immense benefit to many of those who attended.

We would like to sincerely thank the photographer Julia Holland for all her support of the charity and with the development of the exhibition over the past two years, also the 50 wonderful models, the very essence that Femininity does come from within. We were extremely fortunate that a number of them could also join us at some sites and there is no doubt that their presence, and experience, was so useful when connecting with the visitors.

At each location we were delighted to receive such encouragement and collaboration from the Hospital Arts teams, the media teams, venue managers, breast care unit staff and venue volunteers.

This tour would not have been possible without the support of the Paul Bassham Trust and the National Lottery grant and we thank them sincerely for their belief in the benefits that it would being to so many in the community.

Based on the verbal and written comments, the questions put to the models and invigilating team at each venue, and the conversations with venue hosts, it is our belief that many hundreds benefited from viewing ‘Femininity Comes From Within – and we look forward to developing the project over the next 12 months.